Skip to content
Home|blog|Thanksgiving: The Forgotten Holiday
Previous Next

So, next week is that nice holiday break that starts on Thursday (that most of you will probably start on Wednesday anyway) and lasts through the weekend. That’s right… Black Friday! 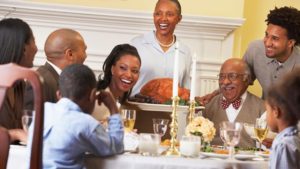 Above: a fairly realistic family Thanksgiving, except nobody seems to be looking at the same thing.

Before you go shopping on Black Friday, take a minute to think about this great holiday. You might be surprised to find out that it started with two cultures coming together.

First, let’s talk about these guys: 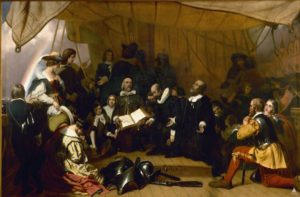 These cheerful-looking folks were a group of religious people we call “The Pilgrims.” They didn’t get along with the Church of England, so they decided to leave the country and go start a colony in “The New World”: North America. 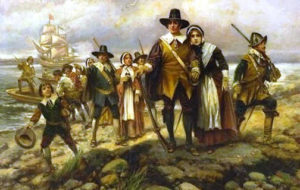 In the year 1620, they founded a colony called “Plymouth.” The problem was that they didn’t really know that much about how to survive in the New World or grow food in that environment. So mostly they just, uh… died a lot. 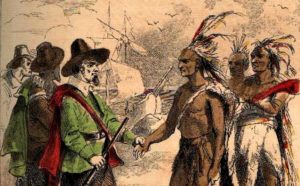 Then, after that first terrible winter, a native man named “Squanto” introduced himself. To the Pilgrims’ surprise, he spoke English!

The sad reason for this is that the English settlers kidnapped him and made him a servant in England for 10 years before he finally returned home. Instead of hating all English people, however, Squanto and his people agreed to help save the Pilgrims’ lives. 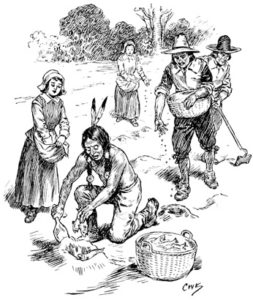 Squanto and his people, the Patuxet, showed the Pilgrims how to grow corn, where to fish and hunt, and information about the land. In return, the Pilgrims shared their guns and other technology with the Patuxet to help in their fight against their enemies.

The Pilgrims were so grateful that they had enough food to survive that they decided to have a big dinner with their new allies.

Today we call this holiday Thanksgiving. Americans still remember this meeting between two international cultures. They mostly celebrate by eating way too much food with friends and family. If you have the chance, get together with your friends and classmates here and enjoy a big feast together! 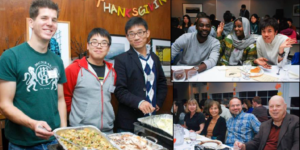