Skip to content
Home|Uncategorized|Don’t let Your Own Language Die!
Previous Next

Don’t let Your Own Language Die!

I know you want to learn English, and I’m happy to help you.  I just want to say one thing: Teach your kids your language!  Don’t let your first language die. Yes, I’m talking about death here—language death, and it’s a serious concern of many people.  English has become “the money language” and everybody wants to make money.  I know that, and you know that.  But I want you to know that your language is important too.  Here’s why:  Many times, when people and families acquire English, they stop speaking their first language. For example, my sister’s husband had parents who were born in Mexico.  His parents came to the US, started a new life and raised a family.  These parents wanted their kids to do well in English-speaking school, so they made a rule: no Spanish speaking at home or anywhere!  So, my sister’s husband never really learned much Spanish.  But he is Hispanic!  His family is from Spanish-speaking Mexico!  What about all the other wonderful Mexican culture that was lost too?  This kind of thing happens a lot, and it’s not just with Spanish.

Historians believe that before Europeans came to North America, there were around 800 different languages spoken by the different Native American tribes.  Most of these languages are gone now.  They’re dead.  So are the stories, songs, holidays, customs, traditions, ways of making food, architecture, clothes… yep, all gone!

Many people say English is like a giant Tyrannosaurus Rex that eats other languages! 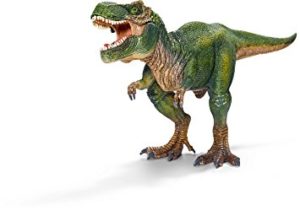 When people learn English, they tend to acquire more than just the language.  They start learning American and British culture too.  For example, along with English comes Hollywood movies, which are usually about American culture.  Many people like me, worry that American culture will also be like a Tyrannosaurs Rex, killing other cultures just as the English language is doing to languages.

If that happens how terrible would that be?   Like many people, I love to travel.  I love to see how different cultures do things differently.  It’s fascinating.  Human beings are so interesting because we’re all so different.  I love to learn about a new kind of food, a new way of designing a building, a new kind of music, a new way of thinking…  Don’t you?  Different cultures and languages give us our amazing and wonderful diversity!

Your first language—the one your parents taught you when you were two and three years old—is part of who you are.  Don’t lose it! Don’t let it die in your family. It’s your identity badge. Along with your first language is all the great things about your culture.

Of course this is a persuasive article, right?  It’s only one teacher’s opinion, and all my points here are arguable.  But since this is my article, I say if you want to do something good for your children and humanity, try to stop global warming and teach your kids your language! 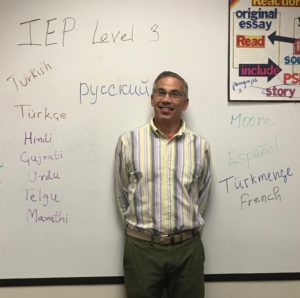